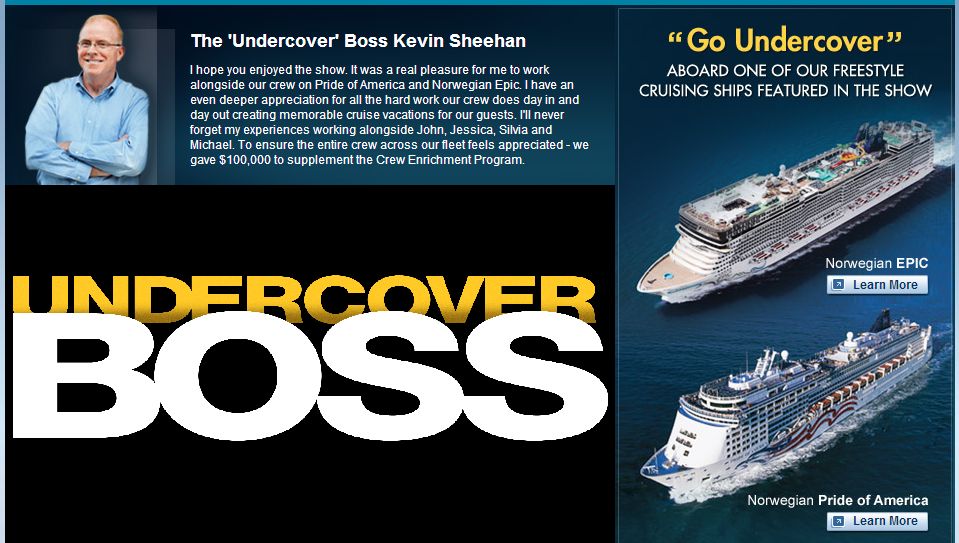 In early 2011, Norwegian Cruise Line, having just announced its IPO in late October of the preceding year, was looking for an unconventional way of introducing itself and its offbeat notions of mass travel to a national TV audience and a much wider public.

Its CEO, Kevin Sheehan, was given a chance to appear on the popular CBS reality show “Undercover Boss.” Norwegian was taking a real risk—its PR department had no say in the final televised show.

The idea was to generate bookings in the crucial WAVE season, increase engagement with three key audiences (employees, current cruise guests, and non-cruisers), and position Norwegian as a forward-looking, innovative, hungry competitor in the eyes of potential investors.

The calculated gamble paid off. CEO Sheehan proved to be a natural both on screen and off: humble, intelligent, at ease with people, blessed with an inborn ability to make fun of himself, eager to learn from new experiences. Sheehan was the perfect “Undercover Boss.” This is why Norwegian’s PR department won top honors in the Best Branding or Positioning category of PR Daily’s 2012 Media Relations Awards.

The good PR fallout kept raining down for months:

Other profound internal changes at Norwegian came out of Sheehan’s appearance on “Undercover Boss”: 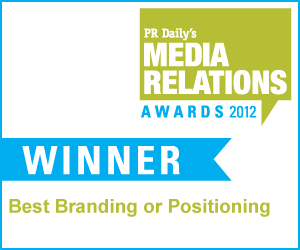