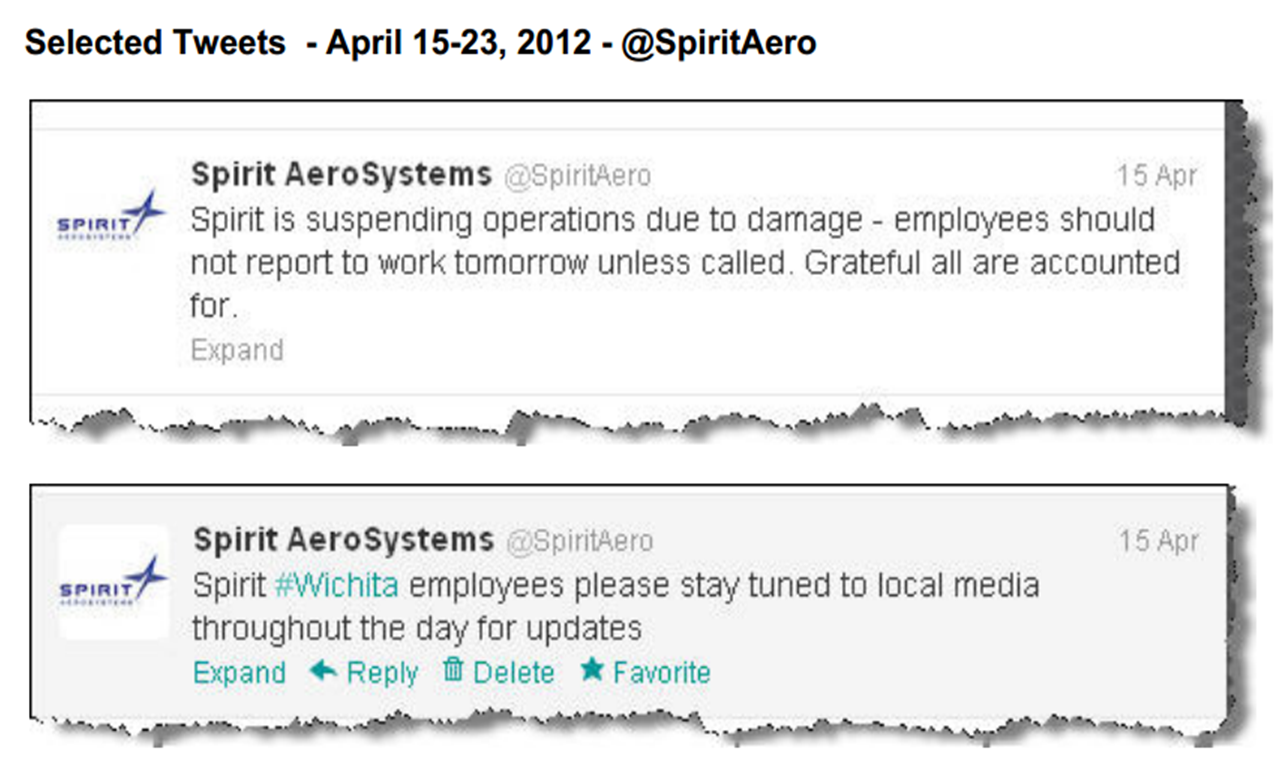 On April 14, 2012, an EF3 tornado smashed into Spirit AeroSystems’ world headquarters campus in Wichita, Kan. The winds tore apart 10,000 square feet of roof, damaged equipment and material, and instantly blacked out the tools relied on by company communicators to talk to employees and the public in a crisis.

Spirit’s crisis team understandably hadn’t foreseen the need for a crisis plan for their crisis plan, but they set in motion an immediate, partly improvised campaign that relied heavily on social media to get messages out quickly to workers, vendors, investors, financial markets, customers, and the public:

Spirit also set up two controlled site tours of the damage for the news media and government officials, held customer conference calls, and sent employees direct emails by midweek after the disaster. 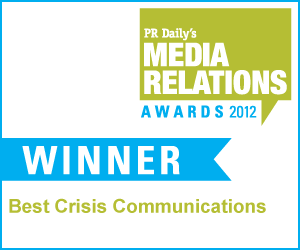