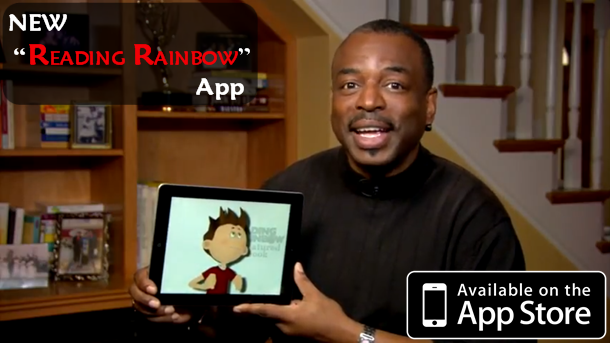 “Reading Rainbow” was a popular children’s TV show on PBS that ran from 1983 to 2009. It was devoted to encouraging children to read, and many of its viewers remained devoted to it after it left the airwaves.

When its producers decided to relaunch “Reading Rainbow” as an iPad app, Child’s Play Communications got the assignment of generating buzz among a new generation of potential readers (not to mention their parents). In the end, the Child’s Play team succeeded in gaining visibility for its client—and winning first place in the Best Product Launch category of PR Daily’s 2012 Media Relations Awards.

The project encountered obstacles: App development didn’t move along as quickly as planned, forcing the launch date to be postponed multiple times (and requiring Child’s Play to rescind and reschedule invitations and interviews). Also, the @ReadingRainbow Twitter account had to be reclaimed from an inactive user by series star Levar Burton (of “Roots” and “Star Trek: The Next Generation”).

Child’s Play Communications’ launch campaign drew upon the program’s nostalgic appeal to its original viewers—now parents of their own young children. The New York-based PR firm targeted national, tech, and parenting media to connect with both parents shopping for their kids and consumers specifically interested in new apps. Reading Rainbow accounts were established on Twitter, Facebook, and Pinterest, and Burton’s popularity as host was maximized throughout the campaign.

The results: more than 100 positive media placements in major publications such as The New York Times, The Wall Street Journal, and USA Today, and a total reach of 2 billion impressions generated by top bloggers such as Cool Mom Tech and Techlicious. The Reading Rainbow app became the No. 1 Educational App in the iTunes App Store within 48 hours of its launch, and the best grossing app in the entire App Store by the end of the first week.

Impressive results for a classic product also won Child’s Play Communications a top prize in our Media Relations Awards. Who says the printed word is dead these days? 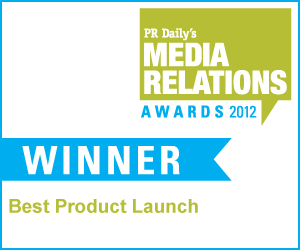