It’s easy to go around preaching the benefits of a content marketing strategy, but creating one that works is a completely different ball game.

When Provade Inc. needed to promote its vendor management system and establish itself as an industry thought leader, it hired Primum Marketing Communications to create a content marketing campaign that could do the job. The campaign Primum created earned first place in the Best Brand Messaging or Positioning category of PR Daily’s 2013 Media Relations Awards.

Primum’s campaign exceeded all of these goals.

The first thing the Primum team did was refresh Provade’s website. One key change was to add more form submissions on landing pages to encourage new business.

The team also created an editorial calendar for the blog, and developed a process for interviewing Provade staff members for stories. It also created a blog-writing team to keep the blog’s voice consistent and posts more frequent.

Additionally, the Primum team created a fresh newsletter to go out to customers and prospects every quarter, and established a posting schedule for Twitter, LinkedIn, and Google+. 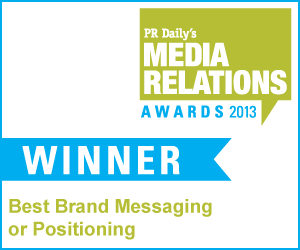