Careers in science, tech, engineering, and math (STEM) are growing, but not enough students are pursuing them.

Momentum Communications Group partnered with the Siemens Foundation to help promote the Siemens Competition in Math, Science & Technology. We award them top honors in the Best Media Relations Campaign—Under $100,000 category of PR Daily’s 2013 Media Relations Awards because the effort exceeded its goals and let more people know about the importance of pursuing a STEM career.

Each year, students submit original research projects for a chance to win scholarships ranging from $1,000 to $100,000, according to the entry. More than 90 students were selected as regional finalists to compete at MIT and Caltech.

To promote the competition, Momentum Communications Group did the following:

These stats illustrate the campaign’s success:

Congratulations to the winning team. 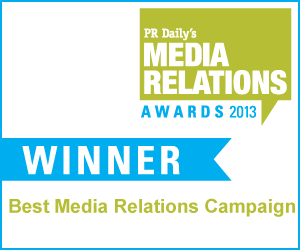