The Times-Picayune in New Orleans is a household name.

But in mid-2012, it stopped daily delivery and became a three-day-a-week print publication. To fill the void, The Advocate, published in Baton Rouge, announced plans to launch a New Orleans edition.

To let people know about this, it hired Peter Mayer Advertising to bring awareness to the new edition. We award them the prize for Best New Product/Service Launch in PR Daily’s 2013 Media Relations Awards because the new launch helped fill the journalism gap in a creative way to bring in more readers.

The goal was to get 10,000 subscribers within six months of the launch. After six months, the edition had 23,000 subscriptions. Here’s how it happened:

Congratulations to the members of the Peter Mayer Advertising team for their winning efforts. 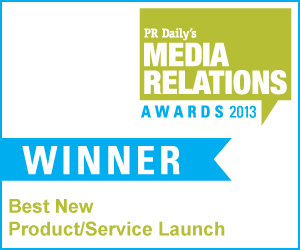