When Hurricane Sandy hit New York City in late 2012, water entered into the lower levels of NYU Langone Medical Center’s main campus, causing the medical center to lose power, telephone, and email services, and ultimately leading to its evacuation. How the hospital staff was coping with the crisis and the chaos became a major communication challenge. Fortunately, the staff responded—and ultimately won a first-place award for Best Reputation/Crisis Management in PR Daily’s 2013 Media Relations Awards.

The medical center had multiple goals: providing timely updates to internal and external audiences, assuring all audiences that executive leadership was deeply involved in evacuation and recovery, promoting the efforts involved in safely evacuating patients and the hospital’s reopening, and more. To ensure that communications could be delivered as needed, three to five communications staff members, including the Public Information Officer (PIO), were on‐site prior to and throughout the duration of the storm and the remainder of the week.

When all utilities were lost, press statements were drafted by hand, then verbally read (when a cell signal was available) to an off‐site staff member with the capability to get messages to the press. For five days, this was the main way the communications team shared developments externally. Media interviews were scheduled with such outlets as CBS News, CNN, and The New York Times to discuss developments surrounding the evacuation and then the reopening of the hospital. Employees were provided with FAQs so they could give correct information when speaking to the status of the medical center.

That’s only a partial description of everything the team was involved with, but they succeeded in their critical tasks. The largely positive national media exposure protected the medical center’s reputation. Using strategic interviews, the team was able to dismantle rumors and limit negative press regarding the loss of research resources. Another indicator of success: NYU Langone has resumed pre‐Sandy media inquiry levels for expert interviews. 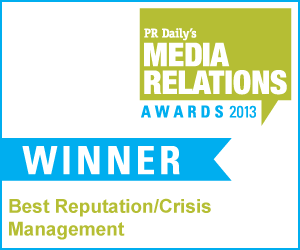