Most companies recognize that social media is a powerful word-of-mouth marketing tool. But when a company effectively uses social media before, during, and after a live event—it’s created a powerhouse combination. Mullen, a marketing communications agency, worked with famed camera and electronics manufacturer Olympus to help build buzz around the World Ski & Snowboard Festival, which Olympus was sponsoring.

The key goals were to increase awareness of the sponsorship through social media, grow the brand’s social following on Facebook, create powerful content that showcases Olympus products’ capabilities, increase traffic to the company’s booth at the festival, and gain media coverage.

They accomplished all of this and more, earning top honors in the Best Use of Social Media category in PR Daily’s 2013 Media Relations Awards.

Before the festival
To build buzz around the Olympus brand, Mullen created a “Road to Whistler” social media sweepstakes on the Get Olympus Facebook page. The contest was hosted on a custom-designed tab. Two winners got to fly to Canada for the festival.

During the event
Olympus hosted a booth on the mountain with a daily “Ticket to Win It” sweep. This sweep encouraged participants to like Olympus on Facebook and type in a special code to enter. These “Ticket to Win It” cards were distributed throughout bars, restaurants, and shops in the area. To keep people continually interested, Olympus hosted a daily contest and shared the happy winners’ faces via social media.

The content
A skiing and snowboarding festival offers endless opportunities to easily create enticing, engaging, and exhilarating content. Olympus capitalized on this by sharing photos and videos on Facebook, Instagram, YouTube, and more. As Olympus also sponsors a “Filmmaker Showdown” during the festival, the company gained access to the talents of filmmakers documenting the event using Olympus products. 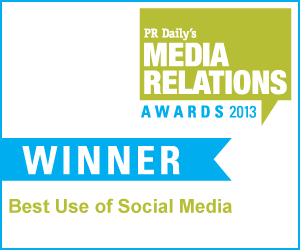