MasterCard was selected as the winner of the Best Online Newsroom/Media Center category in PR Daily’s 2014 Media Relations Awards because of its recognition that its original newsroom and blog “were text-heavy and overwhelmed [readers] with content,” and its quick corrective action. MasterCard calls its revamped news center “The MasterCard Engagement Bureau.”

After a website traffic audit in the summer of 2013, its news team concluded that while the newsroom’s engagement and traffic as a whole were stagnant, its visual content consistently performed well.

MasterCard went to work. Members of its news team looked at visually outstanding newsroom pages on Pinterest, LinkedIn, and The Coca-Cola Company’s website. They searched for a visually led editorial philosophy to boost traffic and to motivate visitors to share MasterCard’s newsroom content online:
• They redesigned the newsroom to serve journalists, bloggers, and influencers.
• They posted images, videos, and digital press kits—quick shopping for busy journalists.
• They introduced the news brief as a dominant form of content.
• They created a new PR digital avatar that invites influencers to engage with the MasterCard communications staff on Twitter, LinkedIn, Google+, and via email and the phone.
• They made a tremendous effort to avoid writing content “polluted” by pushy, sales-obsessed branding or marketing, asking instead, “Is this content useful to the reader?”
• They made just as determined an effort to host real conversations and share information beyond MasterCard news.
• They launched the “Cashless Pioneers Blog” to create buzz about employees, academics, governments, businesses, and others who embrace cashless payment technology.
• They set up an internal brand-publishing council of local and global MasterCard team members.
• They monitored conversations and ideas in 43 markets and 26 countries on MasterCard’s Conversation Suite, which tracks traditional and social media talk and opinion.
• They adopted as a guideline a Zabisco infographic that noted that 40 percent of people respond better to visual information than to plain text. 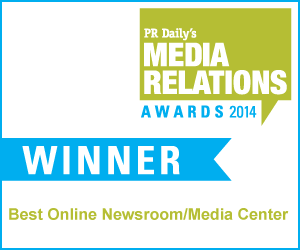