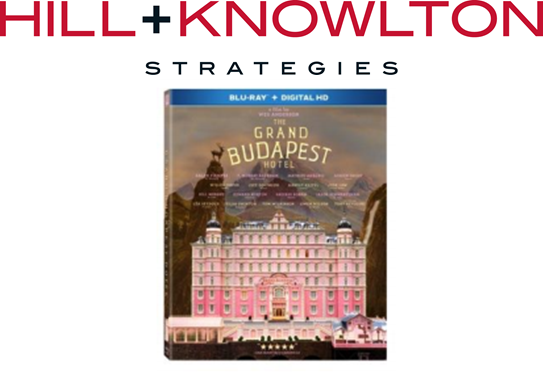 Fans delighted in the release of the hilarious independent film “The Grand Budapest Hotel”—the best-selling Fox Searchlight comedy this year and director Wes Anderson’s best-selling digital title to date. Twentieth Century Fox Home Entertainment decided to build on that success by teaming up with Hill+Knowlton Strategies to construct a LEGO model of the massive pink structure featured in the film that would draw attention to the movie’s Blu-ray release.

Eight model-builders spent 575 hours creating the hotel replica. Weighing 150 pounds and standing 7 feet tall, the LEGO hotel garnered fresh media attention with the release of a time-lapse video of its construction. The stunt drove massive sales and generated increased fans beyond Anderson’s niche audience, and it featured a surprise appearance by the teen actor Tony Revolori, who plays Zero, the film’s lobby boy.

The hotel unveiling debuted during a weekend-long event in June at The Grove in Los Angeles, hosted by Revolori and builder Ryan Ziegelbauer, where the two greeted fans and gave interviews. Domestic media coverage, from broadcast to print and online, resulted in nearly 70 million consumer impressions and more than 200 stories within two days. The event buzzed in the social media space as well; #GrandBrickHotel was the top trending topic on Facebook on June 13 and appeared on the front page of Yahoo.

Twentieth Century Fox Home Entertainment along with Hill+Knowlton Strategies earns top honors in the Best Stunt/Special Event category of PR Daily’s Media Relations Awards for leveraging the LEGO brand to boost sales and increase its fan base. “The Grand Budapest Hotel” assumed the No. 1 slot in national Blu-ray market share during opening week of release and remained in the Top 10 on national home entertainment rental and sales charts through August 2014. 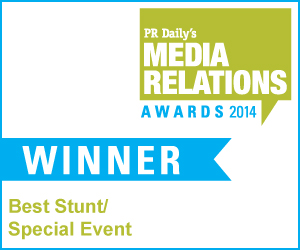