How do you convince amateur and professional photographers that you have a bought-off-the-shelf digital camera that yields broadcast-quality video every time? Toronto marketing communications agency StrategicAmpersand, Nikon Canada’s advisor, let the D810 speak for itself.

For the astonishingly effective online campaign that confirmed Nikon’s digital video supremacy and StrategicAmpersand’s marketing savvy, StrategicAmpersand and Nikon Canada have been declared a co-winner of the Best Use of Video category in PR Daily’s 2014 Media Relations Awards.

But the other star of Kanak’s work of art is the Nova Scotia coastline. Those who’ve been there will recognize the luminous mystery of that haunting outpost in the North Atlantic. This reporter could not believe something so beautiful was shot on a hand-held, off-the-shelf digital camera.

StrategicAmpersand and Nikon Canada’s campaign around the video launch was well-planned and smartly executed:
• They raised awareness of “Every Moment Counts” with a behind-the-scenes photo series, a trailer, a short documentary, and a behind-the-scenes video.
• They loaded the D810 product-overview videos in French and English on YouTube on June 26, and they promoted the videos on Nikon Canada’s Facebook and Twitter accounts, and through media relations.
• StrategicAmpersand’s PR team pitched interviews with Kanak to several media outlets.
• The agency’s social media team engaged users on Facebook, YouTube, and Twitter, aiming at photo and film audiences.
• StrategicAmpersand started promoting the 75-second trailer for “Every Moment Counts” on July 9, four days before launch, and stirred up “significant excitement” on social media.
• After “Every Moment Counts” launched on July 13, the agency promoted it on social media until Aug. 1.

Corporate communicators really should take a look at what powerful, modest visual storytelling and content marketing look like when embodied in a video as memorable as “Every Moment Counts.” 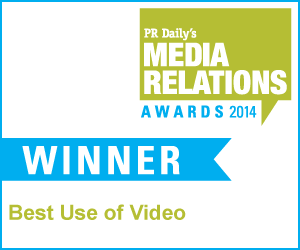