Last year Lionel Trains, one of the toy industry’s iconic model train companies, took the inevitable step into the digital age with the launch of its Lionel Battle Train gaming app. The move was a bid to attract a younger audience while also maintaining connection with the company’s longtime, loyal train hobbyist demographic.

A six-month creative media campaign, carried out in partnership with SHIFT, involved the initial launch of a Facebook app that built excitement for the iPad game’s release date on the App Store and drove visitors to the game’s microsite. The Facebook presence was followed by a soft launch at E3 Gaming Expo, where the game’s trailer and beta version were previewed in the presence of gaming media that were introduced to the brand for the first time. Lionel also made attempts to cater to its more traditional audience by sharing train-related facts and history on Facebook, as well, with themes like “Freight Car Friday,” “New Product Spotlight,” and “Today in Railroad History.”

The campaign results speak for themselves: more than 15 million impressions; a 164 percent increase in Facebook fans (with nearly one-third the desired, younger fans in the 18-34 age bracket); and a 92 percent increase in news mentions, including coverage in CNN Money, CNN Your Money, and the San Francisco Chronicle. 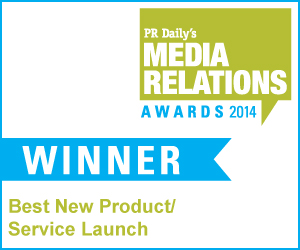