Raytheon Integrated Defense Systems (IDS) may not be a household name, but one of its defense systems is: the Patriot missile (more formally known as the Patriot Air and Missile Defense System). When competitors falsely attempted to brand Patriot as an aging, obsolete system, IDS had to respond—and did so with an effort that resulted in a first-place win for Best Global Media Relations in PR Daily’s 2016 Media Relations Awards.The Patriot is the missile defense system of choice for 13 countries, and Poland was set to become #14. Both before and after competitors undertook a negative campaign that included false allegations at the Patriot’s capabilities, Raytheon and its Polish PR partner worked to secure earned media placement addressing three key priorities: technical capabilities, geopolitical relations, and industrial participation.

The team employed Twitter’s language filters to develop clear and accurate messaging in Polish. Stories were tweeted to expand public awareness and, when the competition began spreading false allegations about the Patriot program, incorporated the handles of influential government officials and defense trade journalists into tweets that were also geo-targeted.

The team also partnered with the U.S. Army to properly position Patriot’s 50th anniversary as 50 years of continuous innovation and improvement.

These and other efforts resulted in 288 media placements, including more than 25 interviews—more than double the coverage of one key competitor and more than five times that of another. The Twitter campaign, meanwhile, earned nearly 9,000 engagements at a rate of 8.51 percent (compared to an industry average of 2-3 percent). 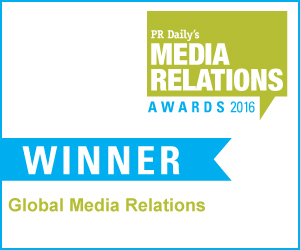