Honest Tea, an organic beverage company, pitched the media on a nonscientific, light-hearted “study” sure to capture the attention of reporters and editors sifting through the flood of pitches they get every day. The idea was a success, winning Honest Tea first place in the “Best Pitch” category of PR Daily’s 2016 Media Relations Awards.

The National Honesty Index began when the organization installed pop-up kiosks in 27 locations across the United States, with beverages available for just $1. However, the kiosks were unmanned—people were on the honor system to drop a buck into a Lucite box. A company representative was hidden but able to watch and tally how many people paid, how many didn’t, and who they were, based on a few visible characteristics. Video was shot, as well.

The results: Overall, 94 percent of Americans paid for their beverages. The Index also broke out honesty by city, with Atlanta scoring highest (100 percent honest) and Providence, Tampa and Boston rating as the least honest. As for those physical characteristics, bald men were the least honest and brunette women the most honest.

The pitch for the story offered a unique angle that was localized for each media market. The organization’s CEO was labeled the “TeaEO and Ambassador of Honesty,” giving interviews to reporters who drank up the pitch. Even NBC’s “Today Show” got a customized pitch, with Al Roker and Matt Lauer singled out as trouble (they’re both bald); the anchors spent several minutes talking about the story.

Every market where the kiosks were installed got local coverage that added up to 36 million media impressions. In addition, 24,000 people visited the Index microsite. 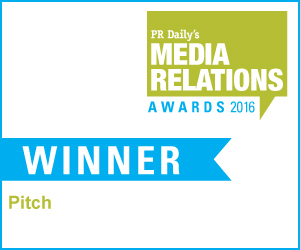