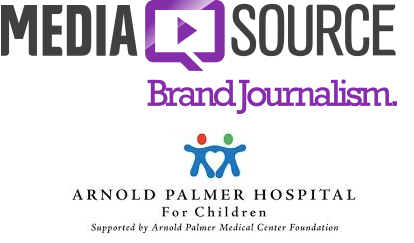 Ten years ago, Kellie Haddock, her husband and newborn son were in a devastating car crash. Her husband died instantly, and her son was critically injured. The efforts of the staff at Arnold Palmer Hospital for Children saved the boy’s life and, a decade later, Haddock wanted to identify and thank the individuals who contributed to his survival.

With the help of MediaSource, the hospital’s communication partner, Haddock saw the project come into being. The resulting documentary has earned MediaSource first place for Best Viral campaign in PR Daily’s 2016 Media Relations Awards.

Recognizing a compelling story when they heard one, hospital communicators worked with MediaSource to create a remarkable video.  The team knew the subject matter would cross multiple boundaries (including earned, paid, owned, and social media), leading them to employ a documentary approach.

Existing relationships with the news media helped draw attention to the video, including its initial airing on NBC’s TODAY show. Following that airing, other media were pitched, extending the video’s reach.

In total, the video has been seen on YouTube more than 5 million times. Seeing the reaction of staff members who are frequently too busy to give much thought to the long-term impact their work has on patients and families spotlights the humanity of the work of the hospital and its employees. 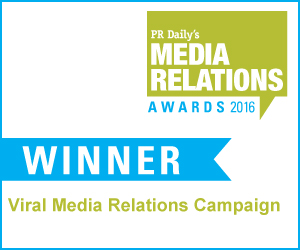