Bank of America scaled back and toned down its mortgage marketing following the subprime mortgage crisis that began in 2007. With the emergency receding in the public’s memory and a track record of “good deeds,” the bank’s consumer credibility had risen, leading Bank of America and its PR agency, Burson-Marsteller, to explore news ways to position its lending services. The resulting campaign has won first place in the “Brand Messaging” category of PR Daily’s 2017 Media Relations Awards.

Solid research preceded the development of the strategy. Multiple research efforts determined that consumers had concerns about the homebuying process, that they were still leery even as interest in home ownership grew, and that potential homeowners were more interested in digital processes but still expected to talk personally with knowledgeable experts.

The research led Bank of America to conduct its own survey to uncover homebuyer insights. Executives would then use that data, among other resources, to become leaders in the mortgage space.

The report communicating the survey’s results featured seasonal themes (with some findings held back from the initial report so the bank could offer a news angle to media at just the right time), along with a radio media tour and audio news release, infographics, conversation guides for loan officers and a focused internal communications effort that would lead employees to better help customers.

The report resulted in 6,305 media placements, nearly half of which included quotes from Bank of America spokespeople. A media analysis found the placements reached 54 percent of current and prospective homebuyers and 59 percent of housing influencers. Those are results you can take to the bank.

Congrats to Bank of America and Burson-Marsteller 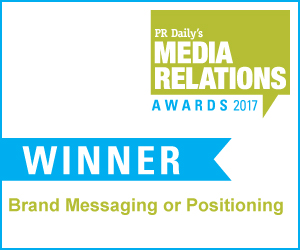