Media coverage of the opioid addiction problem plaguing America is plentiful, but few reports offer action to address the situation. Cigna had quietly been making efforts to help curb the epidemic, but the insurer wanted to go further, unifying those efforts and drawing attention to solutions. The campaign, labeled “Away from Blame,” has earned first place in the “Cause Advocacy Campaign” category of PR Daily’s 2017 Media Relations Awards.

At the center of the campaign was a commitment to reducing customers’ opioid use by 25 percent, announced by Cigna president and CEO David Cordani at a Washington, D.C. event alongside the U.S. Surgeon General and the White House drug czar. A Cordani-bylined op-ed appeared in the Washington Post’s online and print editions outlining how the insurance industry can fight substance abuse disorders. 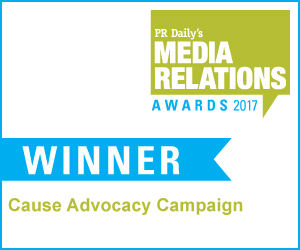