Global Fishing Watch, created by Oceana, SkyTruth and Google, allows anyone in the world to monitor and track the world’s largest commercial fishing vessels in near real-time, for free. The launch campaign aimed to attract 50,000 views in the website’s first month, along with registrations from governments, journalists, researchers, NGOs and fishermen.

The launch was scheduled to correspond with the third annual Our Ocean Conference, hosted by the U.S. Department of State and led by Secretary of State John Kerry. Research found that one newspaper in particular, The Washington Post, played an outsized role in breaking news from the conference, that the conference produced considerable global media attention, that the first day of the conference accounted for most of the media coverage and that celebrity appearances spurred the most coverage.

Oceana took advantage of its existing relationships with key media outlets with embargoed information and created a virtual press kit to serve as a go-to resource for interested journalists. It included, among other items, a marketing video narrated by actor Dennis Haysbert.

Oceana also secured activist/actor/funder Leonardo DiCaprio to highlight the launch of Global Fishing Watch among other initiatives included in his remarks on the first day of the conference. International media likely to report on the speech were notified of DiCaprio’s place on the schedule and invited to attend a star-studded preview event the night before.

With a modest budget of only $5,000 for media support, Oceana’s efforts resulted in day-of coverage in key media outlets (including The Washington Post, The New York Times, and other U.S. and international outlets), reaching almost 1.8 billion people, equal to about a quarter of the world’s population. As for those initial goals, 93,000 unique website visits were recorded and 20,000 people registered during the site’s first four weeks. 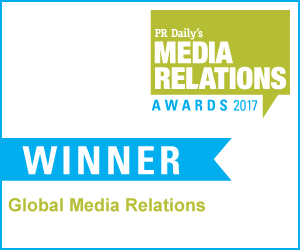