Although several organizations are making great strides in artificial intelligence (AI), negative factors including science fiction portrayals and concerns about job losses have left the public apprehensive about the technology. IBM has been pushing the idea that AI is actually “augmented” intelligence, enhancing rather than replacing human intelligence. Its efforts have resulted in IBM winning first place in the “Innovation in Media Relations” category of PR Daily’s 2017 Media Relations Awards.

To connect IBM’s Watson with consumers and introduce The Cognitive Era—the third era of computing—IBM sought to demonstrate its ability to partner with developers and businesses to introduce truly creative and practical uses for AI.

The team settled on key themes of cognitive creativity in the kitchen, on the fashion runway, at the movies and in the music studio. In the kitchen, for example, “Chef Watson” worked with top chefs and the Institute of Culinary Education to experiment with unconventional ingredients and flavor pairings to invent new recipes, with journalists invited to exclusive dinners where top chefs prepared the meals. For movies, IBM collaborated with a studio to release the first movie trailer to be created with AI.

Each of these “signature moments” was communicated uniquely but included the consistent message that Watson augments the human imagination without replacing it. The campaign produced coverage in more than 500 outlets resulting in over 1 billion impressions. The movie trailer was viewed 2.4 million times. 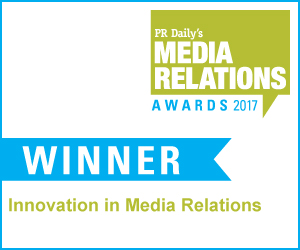