Aflac, the supplemental insurance organization, saw an opportunity to establish itself as a trusted consumer resource in benefits education and information. Its success has earned Aflac and its partner, Hill+Knowlton Strategies, first place in the “Pitch” category of PR Daily’s 2017 Media Relations Awards.

Aflac’s 2016 Open Enrollment Survey revealed that 72 percent of employees think reading about benefits is long, complicated or stressful, 48 percent would rather do something unpleasant than complete their enrollment, and 36 percent said the enrollment process makes them feel frustrated, anxious or confused. The campaign to release the results was designed to position Aflac as a thought leader and heighten awareness of how important benefits enrollment decisions are to consumers.

The fully-realized campaign included the usual press release supported with tailored pitches that let Aflac and Hill+Knowlton Strategies follow up with reporters who were not inclined to respond to a one-size-fits-all press release. Pitches covered the economics of the millennial wallet, whether men or women are better prepared when it comes to health care, advice for first-time benefits enrollers and how consumers can fit insurance and health care into their budgets.

The pitches were supplemented with content development, an influencer program and an MAT release, which in combination produced 76 media placements responsible for more than 340 million impressions; the MAT release delivered an additional 60 million-plus impressions.

Kudos to Aflac and Hill±Knowlton Strategies for their successful pitch campaign. 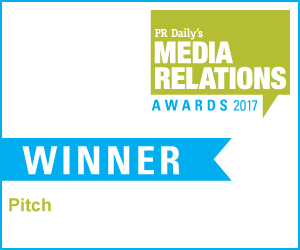