Gannett newspapers have been around a long time, but most people are aware only of the publisher’s flagship property, USA Today. To maximize its brand, Gannett restructured its broadcasting and publishing businesses under the new USA Today Network, made up of 109 local newspapers (including the Detroit Free Press and the Indianapolis Star). The effort has taken first place in the “Brand Messaging or Positioning” category of PR Daily’s 2018 Media Relations Awards.

This was more than just a rebranding. The restructuring enabled journalists working at the local level to share resources and stories and deliver content in exciting new ways (such as virtual reality). Letting key stakeholders know about the network’s capabilities was a challenge, given the crowded marketplace and the perception that nobody reads newspapers anymore.

Working with the agency Diffusion, USA Today Network recognized (through research) that 80 percent of Americans get their news via a mobile device through push notifications, leading to the decision that the campaign had to be ahead of the technology curve. Diffusion and USA Today Network applied these principles in pursuit of three distinct goals, then executed by using national media-intensive events like the presidential inauguration, the Super Bowl, Women’s Month and the total solar eclipse.

The distribution of VR content—including a tour of the USS Eisenhower—was promoted through a weekly show, VRtually There. Other capabilities were showcased in multimedia storytelling that took advantage of the network’s hyperlocal resources.

The results included more than 250 placements delivering more than 1 billion opportunities to see the content. The USA Today Network also owned 40 percent of the share of voice for corporate initiatives (vs. The New York Times and The Washington Post). 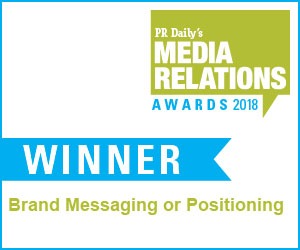