Gray Construction communicators work both sides of the thought leadership coin on behalf of their CEO, Stephen Gray. The online side features a blog on the organization’s website and a concerted content marketing effort. The other side involves traditional media outreach with a long-range goal of securing a coveted interview slot on CNBC’s “Power Lunch.” The success of these efforts has earned Gray Construction first place in the “Executive Visibility” category of PR Daily’s 2018 Media Relations Awards.

The overall goal of these tactics focused on generating new business opportunities by elevating Stephen Gray’s voice in the industry where Gray Construction has its expertise: manufacturing. Gray Construction builds factories. One of the most effective elements of the offline component of the campaign involved placing contributed articles under Gray’s byline that outlined his view on the challenges manufacturers faced as a result of tax reform legislation in the United States.

These assets and placements delivered the CNBC spot, a three-minute interview viewed by 203,000 people (not to mention those who saw the video replay on CNBC’s website). The interview also led to more media requests, which in total represented a 94 percent year-over-year increase in media coverage.

The organization’s lead volume increased 70 percent during that period. More than 81 percent of its projects are in the manufacturing market, representing 83 percent of total sales. 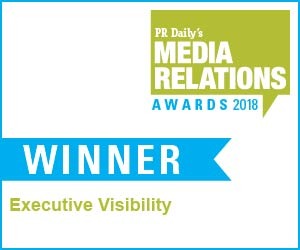