The Hoffman Agency had a challenge on its hands: Nobody wants to talk about video conferencing. In fact, research showed the number of articles on the subject had been on a steady decline since 2013. Hoffman’s client, Lifesize, didn’t have a new product to tout, but it engaged Hoffman to deliver top-tier global coverage. Hoffman’s success has earned it first place in the “Global Media Relations” category of PR Daily’s 2018 Media Relations Awards.

To meet the challenge, Hoffman developed three strategies: engaging customers, creating thought leadership platforms and responding to global trends. For trends, the agency team determined how various emerging technologies (including AI and machine learning) would affect the video conferencing market. Thought leadership involved bylined articles from Lifesize’s Chief Technology Officer; one article from Bobby Beckman resulted in six placements in the United States, the United Kingdom and France. The agency’s global team met regularly over Lifesize video solutions, which allowed them to get familiar with lesser-known features that they could then pitch; this led to coverage by a TechTarget video expert.

Among the customers Hoffman relied on was Major League Baseball, which uses Lifesize to communicate between cities as well as within the same city. That relationship resulted in an article in Fortune. Similar relationships in other countries delivered placements in those markets, while customer case studies were effective in the DACH (Germany, Austria, and Switzerland) market.

The combined media outreach effort produced a 250 percent increase in global media impressions, along with a significant share-of-voice advantage in the United Kingdom. Lifesize outplaced competitor coverage in France. Based on the results, Lifesize has asked Hoffman to expand its efforts into Spain and Italy.

Congratulations to the team at Hoffman for its win. 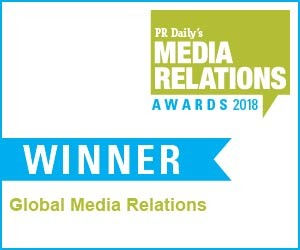