Challenges abounded when March Communications was brought on board to help generate media coverage for Continuum’s three-day user conference in Las Vegas. Continuum is a provider of services and solutions to MSPs with a much narrower focus and smaller footprint than the likes of Adobe or Salesforce, which easily draw press to their user conferences. March met the challenge—and has won first place in the “Campaign Under $50,000” category of PR Daily’s 2018 Media Relations Awards.

Only a handful of top-tier reporters cover the sector, and Continuum’s media budget wasn’t huge. Nevertheless, the organization wanted to attract three reporters to attend the event—up from the two who were onsite in 2016. They also wanted to improve coverage of the event.

March developed a three-pronged approach: pitching news related to the event, sharing thought leadership content from the organization and working with partners who sponsored the event to generate additional interest in reporting on Continuum’s Vegas show.

March developed media sponsorship packages along with other interactive ways journalists could be involved (for example, they could moderate a business leadership roundtable and watch livestreams of the event). The team convinced four journalists to attend, in addition to another who moderated a panel.

March arranged 23 press briefings and secured 39 articles from the event, improving coverage over the 2016 show by a staggering 1,850 percent. It also raised Continuum’s share of voice to second place among its competitors.

It’s worth noting that March stepped in to lead the communications effort for Continuum in the aftermath of the Route 91 shooting, which took place the morning of the conference, a situation the team handled ably. 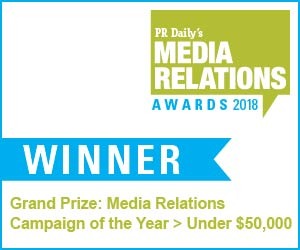