The credit union sponsored research into the best U.S. cities for veterans to live after completing their service, based on factors like income, employment rates and proximity to VA hospitals and military bases. The research resulted in a Top 20 cities list, the kind of list sure to attract media attention, particularly when promoted through effective media outreach. (Oklahoma City topped the list.)

The team developed an integrated communications strategy using earned, paid and owned media across online publications, local broadcast, social media and other channels. The list appeared in USA Today, on Military.com, in nearly 100 local markets and a host of military publications. A satellite and radio media tour delivered more than 20 bookings, and social media posts from members of Congress also got the word out. 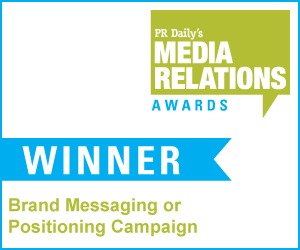