When the U.S. federal government shut down at midnight on Friday, Dec. 21, 2018, the impact was felt far and wide. That included Independence Hall and the Liberty Bell, Philadelphia’s most popular attractions, which were under the jurisdiction of the National Park Service. That presented a challenge to VISIT PHILADELPHIA, the city’s travel and tourism organization. It didn’t want to disappoint visitors who already had plans to soak up some history during a visit to Philly. How VISIT PHILADELPHIA dealt with the issue has earned the group first place in the “Crisis or Reputation Management Campaign” category of PR Daily’s Media Relations Awards.

The team’s first response was to communicate all the attractions and activities still open during the shutdown, using social media, the visitphilly.org website and the organization’s blog. The centerpiece of the team’s efforts, though, was the plan to reopen Independence Hall and the Liberty Bell despite the shutdown.

With only six days to act, VISIT PHILADELPHIA reached out to the city’s mayor and other leaders while its board approved a $32,000 contribution to Independence National Historic Park to pay for three days of staff and operations. With funding in place and agreement obtained to open the sites, the team undertook a just-in-time media outreach campaign while also getting the word out via social media, the web and paid advertising.

The fast action led to $1 million in visitor spending from 30,000 visitors who were able to visit Independence Hall and the Liberty Bell. The media outreach generated 1,275 stories.

Congratulations to VISIT PHILADELPHIA CEO Jeff Guaracino and the staffs of the advertising, communications and web departments. 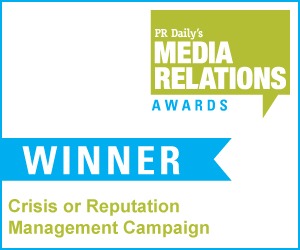