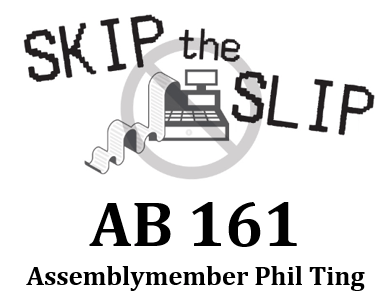 If you have ever bought something at CVS or any other retailer, you have an idea how much paper is used printing receipts that mostly wind up in the trash. California Assemblymember Phil Ting introduced AB 161, originally designed to make e-receipts the default business practice in California, with customers getting paper receipts only on request. With amendments, the bill now aims to reduce paper waste and the spread of harmful chemicals. The low-budget media campaign to raise awareness of the bill and support for it has earned first place in the “Media Relations Campaign Under $10,000” category of PR Daily’s Media Relations Awards.

Ting’s team featured a volunteer from the Assembly Democratic Office of Communications costumed as a receipt standing alongside Ting, as he announced the legislation during a press conference. Instead of the usual list of items purchased and coupons offered that grace real receipts, the costume displayed facts about the bill. Speakers from activist organizations also spoke at the press conference, which was recorded and used to share segments online along with the hashtag #SkipTheSlip.

The team kept up a drumbeat of statewide and nationwide news coverage to help push the bill through the Assembly. That coverage led to late-night comedian Jimmy Kimmel supporting the bill during one of his monologues and to NPR featuring it on Wait! Wait! Don’t Tell Me. AB 161 passed the Assembly and is now pending in the California State Senate. It could be on the Governor’s desk next month. Another sign of the campaign’s success: The Assembly Democratic Office of Communications showcased it to other lawmakers as an example of how to get good media coverage on a bill. 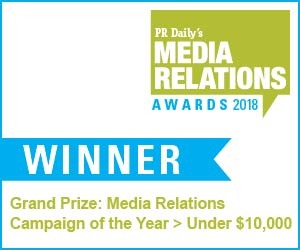