You can find plenty of bicycles (and scooters, for that matter) available to rent via app in most cities these days. Mobike is one of the companies behind the movement, its bicycles already popular throughout Spanish-speaking countries. It was new to Chile, however, and with only two weeks to build awareness of its Chilean launch, the company contracted with MG Consulting to promote its network of shared smart bicycles. The success of this campaign has earned MG Consultants first place in the “Social Media Campaign” category of PR Daily’s Media Relations Awards.

The MG team introduced the hashtag #SoyMobiker to anchor its social media effort designed to build awareness and educate the population about how to use the bikes. Social media would also be a primary channel for providing customer service.

The educational content was designed to head off some of the problems typical of shared bike and scooter networks, letting prospective customers know that they are responsible for parking bikes in appropriate places, using established bicycle lanes and wearing helmets. The customer service element was also vital—it required two-way communication as Chileans sent hundreds of messages through social channels asking about the system, payment problems and other issues arising from the use of the app.

MG assembled a team to address the questions in a timely manner that also allowed it to measure the concerns people reported, which informed the development of more social media content. 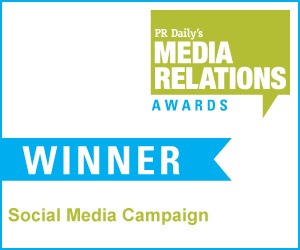