The release of the hit movie “Crazy Rich Asians” presented an opportunity to build interest in Singapore as a travel destination (and not just for the “crazy rich”). Working on behalf of the Singapore Tourism Board, the agency Bullfrog + Baum tapped into the Singapore setting for part of the movie by turning the notion of “rich” into something more multidimensional, such as the richness of the culture, food and travel experiences. The campaign has won first place in the “Stunt or Special Event” category of PR Daily’s Media Relations awards.

Multiple activities made up the campaign, starting with a variety of events connected to the premiere of the movie in Los Angeles. The initial press release was just the beginning, written to build anticipation for the events and activations to come.

A studio press junket included interviews for top-tier media outlets with the movie’s Singaporean cast and representatives of the Singapore Tourism Board, resulting in coverage that focused on Singapore’s local culture and countering the notion that the country is accessible only to the rich.

To take the message directly to consumers, “Crazy Rich Singapore Week” in Los Angeles featured cultural immersion with Singapore-themed menus, an art installation and musical performances. A New York screening of the film for East Coast journalists with tourism board executives in attendance included Singapore-inspired food.

A sweepstakes sent winners on a whirlwind tour of Singapore, and a news bureau worked with Asian American journalists to help them tell the story of the real Singapore. Finally, a familiarization trip let influencers and journalists explore Singapore firsthand with clear connections to the movie.

The campaign produced 54 stories from the likes of CNN Travel, Cosmopolitan, Vogue, Forbes and USA Today. The buzz generated by the campaign led to massive increases in searches for Singapore on travel sites, and the country was included as a destination in 12 roundups in publications like Conde Nast Traveler and Travel + Leisure. 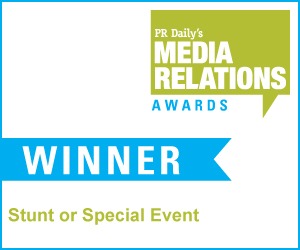