The usually predictable news cycle for college counseling services was thrown into chaos on March 12, 2019, when the Justice Department filed charges against 50 people—including several celebrities—in the largest college bribery scandal in years. For Collegewise, a private college counseling service, the chaos represented an opportunity. How Collegewise’s PR agency, Asylum Public Relations, newsjacked the story for its client has earned the agency first place in the “Trend Pitch or Newsjacking” category of PR Daily’s Media Relations Awards.

Asylum recognized that once news outlets had finished with the initial rush of coverage, focused on the charges, arrest videos and news conferences, they would move into the analysis phase of coverage. Asylum’s goal was to have Collegewise dominate that coverage.

The team selected three Collegewise counselors who had previously held positions in the admissions offices of various colleges and universities to serve as spokespeople. With the three prepared, the team started booking interviews back to back throughout March 12 and into the next day, getting into coverage from USA Today, AP, “Inside Edition,” “CBS This Morning,” NPR, “Good Morning America,” Vanity Fair, The Washington Post and many others.

Ultimately, Collegewise spokespeople were featured in more than 850 stories. A full month after the scandal broke, the story was still getting media attention and Collegewise was still being tapped for interviews, in part thanks to the relationship Asylum built during the first 48 hours of coverage.

Congratulations to the Asylum team. 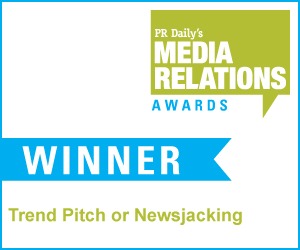