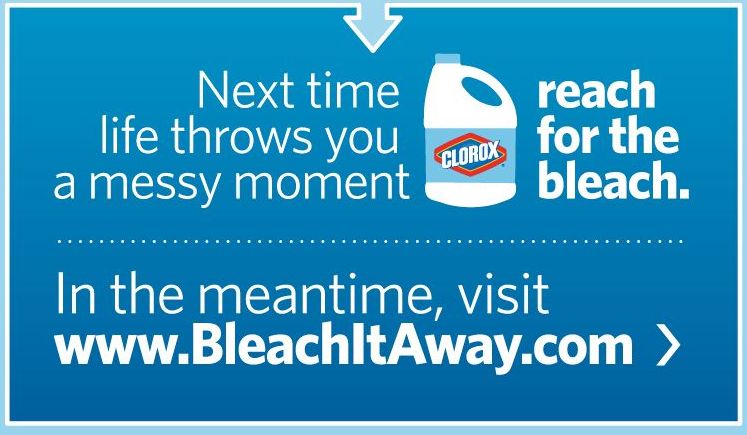 Clorox Bleach has been on the shelves for 100 years. The problem: It was collecting dust.

Those in charge of buying bleach were aging, and the company had to find a way to reach a younger generation of buyers who didn’t see how bleach was relevant to their lives.

Clorox teamed with PR firm Ketchum to go after its target audience of young parents who are active online.

The resulting “Bleach it Away” campaign infused Clorox Bleach into existing conversations on Twitter, online forums, Facebook, blogs, and newsletters. The campaign also enlisted 11 digital influencers who shared their bleachable moments with its audience, and encouraged readers to do the same.

What are your ‘bleachable moments’?

They discovered that poop, pee, and puke—stains that Clorox Bleach can remove—were prevalent topics of conversation among young parents. However, cleanup solutions were rarely discussed.

The PR team seized that opportunity and jumped into discussions that were happening on social media, encouraging parents to share stories and cleaning solutions on BleachItAway.com.

There were games and contests (with rewards) to incentivize moms and dads to engage with Clorox online, including a contest in which Clorox’s Facebook fans voted for the most “bleachable moment.”
Ketchum also reached out to 11 digital influencers whom its audience trusts to spread messages about Clorox to their online fans through blog posts, Twitter/Facebook contests, viral videos, and more.
For instance, Bethenny Frankel was paired with high-profile mom bloggers (including Alice Bradley, one of Babble’s Top 50 Mom Blogs) to create a series of online videos highlighting personal messy moment experiences.

Influencers shared their stories with Clorox and encouraged their fans to do the same in return for prizes and tips on how to clean up stains. Influencer categories included beauty/fashion, home improvement, pets, newly responsible, food/nutrition, DIY, and mom bloggers.

It’s all in the numbers

The “Bleach it Away” campaign surpassed its traditional and social media goals. It secured program coverage through print, broadcast, radio, and online placements, including The New York Times Media Decoder blog, SiriusXM, Woman’s World, and MommyCast.

• A 38 percent increase in Clorox Bleach online conversation
• A 131 percent increase in Clorox Bleach and mess correlations online; Clorox now owns more than 70 percent of mess-related conversation online
• A 72 percent click-through rate on Twitter that led to the “Bleach it Away” hub
• More than 21,670 “Bleach it Away” story submissions
• More than 25,000 tweets using the program hashtag #BleachItAway 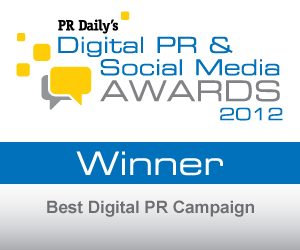