The fact that these were national, not state organizations gives an idea of the depth and fervor of ordinary citizen sentiment behind Texas’ entrenched local opposition to nonsmoking laws.

The SFT coalition, after five years of the good fight, decided to change tactics in 2010. Still determined to turn Texas into a state where workers’ health would not be compromised by second-hand smoke, SFT hired Noble Strategic Partners Inc., an Austin public affairs firm.

Noble’s mission: Plan an “email advocacy campaign to recruit, educate, and engage an army of grassroots supporters” to change the minds of legislators notoriously suspicious of either state or federal government intrusion into the affairs of private citizens.

The goal: Persuade the 82nd Texas Legislature to pass a law in 2011 forbidding smokers to light up in the workplace.

Noble planned an email campaign so imaginative, so ingenious that it is the winner in the Best Email Marketing Campaign category of PR Daily’s Digital PR & Social Media Awards. The results Noble achieved:

• In months, Noble built one of the largest, broadest grassroots movements ever in Texas.
• Its 100+ email alerts had an open rate of 31.8 percent, 35 percent higher than the national average.
• Email alerts earned a 3–4 percent click-through rate, and 1.5–2 percent action rates (some emails got a 4.55 percent click-through rate and 3.35 percent action rates). All of these rates are unusually high.
• Email calls to action spurred more than 8,000 contacts with lawmakers by Texans.
• Noble’s emails doubled SFT’s supporters, from less than 14,000 to more than 27,000.
• A smoke-free bill was passed by the Texas House, but failed in the Senate in 2011.
• The anti-smoking bill made it further than ever and gained more support than in any previous effort.
• The 2013 Smoke-Free Texas campaign is underway for the 83rd Legislative Session.

Noble went grassroots because the opposition boasted more than just a minority of moneyed, influential stick-in-the-muds: Workplace smoking had millions of supporters in a state where the freedom to do as one pleases is perhaps more highly prized than in any other state.

Noble knew it had to change minds on a massive scale in a state of almost 26 million citizens living in an area larger than France, Belgium, and Denmark combined. Here’s what the team did:

• Sent 100+ email calls to action to SFT supporters, which were then echoed in social media, online advertising, the SFT website, earned media, phone banking, and direct mail.
• Engaged supporters by encouraging them to contact their lawmakers, write letters to the editor and op-eds, and tell their personal stories on SFT’s site.
• Enabled supporters to write emails to their legislators by clicking on a link taking them to a template letter they could edit and send directly to their lawmakers.
• Incorporated video and other enticing content within email alerts to keep supporters informed and educated throughout the campaign.
• Encouraged visitors to the SFT website to join the coalition to get updates on smoke-free legislation. An SFT Facebook page also had a tab to sign up for email alerts.
• Linked SFT’s Twitter account to the email alerts sign-up page on SFT’s website.
• Conducted direct mail campaigns inviting people to sign up for SFT email alerts.
• Used online software to profile supporters by analyzing their online habits in order to identify the most influential SFT fans, then called on these influencers at critical times.
• Exploited the website Change.org by sending nine emails to individuals who had signed up for email alerts on Change.org, and recruited 8,590 new SFT supporters this way.
• Sent email messages to audiences and local SFT leaders tailored by geographic location, political views, the anti-smoking political situation at the moment, and other relevant factors. 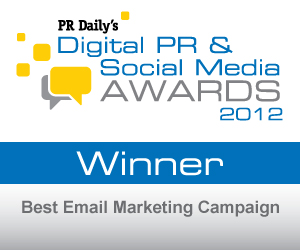