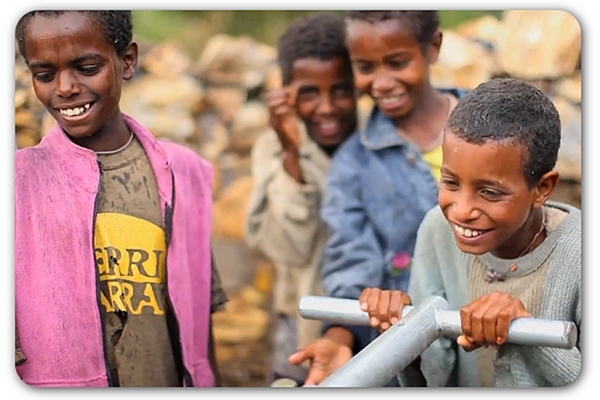 Videographer Jamie Pent’s first day on the job at Charity: Water was beyond eventful.

She spent the day on a plane to Ethiopia, reading about a girl named Rachel Beckwith, who had asked for $300 in donations to her Charity: Water page for her ninth birthday. She got $220. Just a month after her birthday, Rachel tragically was killed in a car crash. The story of Rachel’s birthday wish went out all over the world, and people donated more than $1.2 million to the cause of clean drinking water.

Pent was on her way to meet with Samantha Beckwith, Rachel’s mom, and her grandparents, as they met with some of the people Rachel had helped. While there, Pent would create a powerful video that more than 500,000 people have seen since it was posted in July.

Charity: Water could have told the story in a blog post, a slideshow, or a Facebook update. But Pent says video forges stronger connections.

“People are inspired by other people,” she says. “When you realize that somebody else is like you, that’s huge.”

Charity: Water founder Scott Harrison had a distinct vision going into the video’s production, Pent says. He already had a song in mind for the video, and he insisted that it had to be shot, edited, and posted on the anniversary of Rachel’s death.

Pent did some shooting the day before, but the bulk of the work happened in one day as she scrambled to get the video posted within the eight-hour time difference between Ethiopia and New York.

“We got up at 5 in the morning and we got ready to go to all the different villages that Rachel had built,” Pent says. “We shot until about 1 p.m. [and] drove four hours to our next hotel.”

A mix-up at that hotel led to Pent converting video in the hotel lobby and editing in the car as the team headed to a different hotel.

“I literally ended up editing all the way through the night,” she says. “I don’t know what time it was, I think it was 1 in the morning, I just prayed, I said, ‘God, just let me sleep one hour. Let one hour be enough.'”

It was. At about 5 a.m., the video was finished. Harrison and other bosses requested some minor changes and, once they were made, the video went live.

The video racked up thousands of views on the first day and many of its 500,000-plus views in the first month or so, Pent says.

“We didn’t do any huge push,” she says. “It happened kind of naturally. I hope that happens more often.”

It helped that quite a few news organizations which had reported on Rachel’s wish were already eager to see the video, but Pent says tons of other people—members of the Beckwiths’ church, fans of the charity, and total strangers—helped spread the video online with blog posts, tweets, and Facebook updates.

Surprisingly, the video has gotten nearly 10 times more views on Vimeo than on YouTube. Pent says that’s because she and other Charity: Water employees pushed the Vimeo version out. The organization’s creative director prefers Vimeo, Pent says, because it’s more aesthetically pleasing and because organizations get more control over what things look like.

Video is going to continue to be a huge part of what Charity: Water does, Pent says.

“People’s attention spans are extremely short, and they’re getting shorter,” she says. “People are constantly watching videos, either on little breaks or when they first get to work in the morning. It’s more likely someone’s going to sit through a three-minute video than it is that they’ll sit down and read a couple pages about our experience in another country.”

The funding for the charity’s videos doesn’t come from public donations—100 percent of those funds go out into the field—so the organization has a separate group of fundraisers who gather up money for operations, Pent says.

The immediacy of video remains important to Harrison, she says. For instance, in the organization’s Live from Rwanda video in September, he wanted the phrase, “It’s our birthday” to really be authentic. He’s saying it on Charity: Water’s birthday, and the video is posted that day, too.

Pent says she wants to do more videos like the Rachel video in the coming year. The big lesson she learned, she says, is that you have to be open to what people are saying. Don’t just fill out a checklist of things to cram into a video.

“You can draw out some things you weren’t thinking about,” Pent says. “Everyone has a story. Every single person has a different perspective.”

Matt Wilson is a staff writer for Ragan.com. 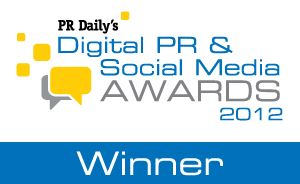