As competition for attendance at healthcare IT conferences heated up, HIMSS (the largest of these events) needed to engage prospective attendees in order to increase the likelihood that they would come to future events. The conference organizers knew that influencers are a vital component of any effort. So HIMSS turned to SHIFT Communications, which performed so well that it has won first place in the “Community Engagement” category of PR Daily’s 2016 Digital PR and Social Media Awards.

SHIFT Communications recruited 18 social media ambassadors to attend the 2015 HIMSS conference. These ambassadors—selected from among those who applied after SHIFT put out the word—were given the same conference access as on-site media, including the press room. They shared conversations from the conference, wrote at least one by-lined post for publication on the conference blog, and served as hosts for the “Blog Carnival,” a collection of posts from industry experts leading up to the conference.

SHIFT managed the advocates well, ensuring they complied with requirements for activities before, during, and after the conference. As a result, 9.1 million impressions were delivered before the conference even began, followed by nearly 16 million during the event.

Other stats are equally impressive, with the ambassadors delivering more than 650 tweets, part of an overall increase in conference tweets of 17 percent. But the surest sign of success is HIMSS’s decision to expand the influencer program based on the results of the 2015 conference effort. 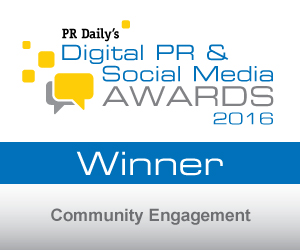