Florida is often in the crosshairs of hurricanes, so having a communication plan ready to swing into action should be among the biggest no-brainers for local governments. Hillsborough County’s advance planning led to perfect execution and outstanding results when Hurricane Irma struck the fourth-largest county in Florida. Its prep work and response has won first place in the “Crisis Communications and Reputation Management” category in PR Daily’s 2018 Digital PR & Social Media Awards.

Hillsborough County had already opened a Public Safety Operations Complex that housed the county’s Emergency Operations Center. The county’s communications and digital media team—which usually deals with the day-to-day communication needs of a large county—occupied the complex alongside other emergency support teams in the days before the hurricane’s landfall.

Once ensconced in the facility, the team didn’t have to invent anything; its means of reaching residents were well established, with the aim of delivering “the most accurate source of real-time information regarding available resources and services for residents, visitors and businesses,” according to the team. Tactics included social media, with the team employing multiple channels and amplifying its messages based on established relationships with local news organizations.

The county attracted 7,600 new followers to its six social media platforms; its nearly 400 posts were seen more than 2.5 million times. News briefings on Facebook reached nearly 88,000 users. The website served half a million visitors per day during the event. Suffice it to say that those in Hillsborough County during Irma were lucky to have the team on hand. 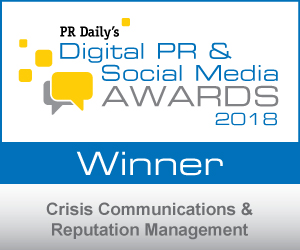