Mercer, the HR consulting organization, sent a contingent of leaders (including its chief marketing officer) to the 2018 World Economic Forum in Davos, Switzerland. For the outsized results the trip achieved, Mercer has won first place in the “Event Promotion” category of PR Daily’s 2018 Digital PR & Social Media Awards.

The organization enlisted more than 1,700 employee advocates who were trained and then turned loose to amplify the messages coming from the leadership contingent on the ground. The #DavosSquad members were among the “most active social media advocates and internal communication champions and together generated positive exposure and raised awareness for our brand through social media and internal channels,” according to Mercer.

The team behind the effort delivered daily emails to the advocates sharing new posts and updates, created an exclusive channel in Mercer’s VoiceStorm platform that provided early access to messages and invited advocates to live online events like Twitter chats.

Over the 10 days the #DavosSquad was active, the team shared 9,009 messages that earned nearly 13 million impressions. All other metrics were equally impressive, but few so much as the fact that Mercer concluded its presence at the Forum as the top performer in all measured key tracking areas compared to its primary competitors; social media performance was greater than all of its competitors combined. 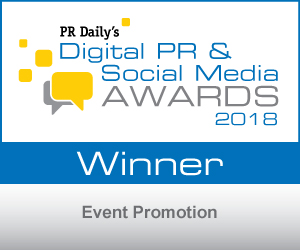