Mark’s Well Worn was intended to serve as a retailer of work and outdoor clothing for Canadians. However, as the organization itself notes, the brand “has never stood for anything distinctive.” The work-clothes messages dissipated over the years, leading to the decision to relaunch the brand to attract new customers. That effort has earned Mark’s first place in the “Multichannel Campaign” category of PR Daily’s 2018 Digital PR & Social Media Awards.

Three key concepts served as the foundation of the rebranding effort: product durability, strength of character and “wearing it well.” The team evaluated each of the channels that could potentially drive the message to younger Canadian consumers.

Some of the channels employed were traditional (like TV spots and the organization’s website), some were newer but generally considered must-have to reach younger audiences (like online videos and social media channels) and some were based on the understanding that retail outlets must deliver an in-person experience, leading the team to oversee the transformation of one location into a concept store and conceptualize three pop-up shops to introduce the brand in new markets.

Coordination was crucial: Every element of the campaign had to reflect the new branding and messaging.

Metrics demonstrate that the campaign achieved its goals. Social media videos were viewed 1.6 million times, producing a 25 percent ad recall lift. The real results, though, are in the fact that Mark’s stores increased sales by 3.4 percent while maintaining leadership in jeans sales.

Ultimately, if your communications don’t affect the bottom line, the rest of the numbers don’t matter much. The communicators at Mark’s made just the kind of impact that wins leadership respect. 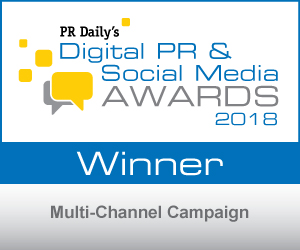