Dexcom enlisted its existing ambassador group—“Warriors”—to help raise awareness of the organization’s Continuous Glucose Monitoring (CGM) device. The celebrities among the group were tapped to kick off the campaign, which began with an invitation to share their best Warrior Call—which could be a scream, a snarl or even a smile—accompanied by the #WarriorUp hashtag.

The team of Dexcom communicators and representatives of the agency’s partners zeroed in on Facebook and Instagram as the best venues for the campaign, in which more than 28,000 Warrior Calls were shared by Ambassadors (each triggering a Dexcom donation to diabetes research). To support the campaign, the team created posts (paid and organic), four editions of a newsletter sent to Warriors, 25 versions of 14 videos, a library of photos for use in ads and Facebook posts, a radio and satellite media tour, media pitches and interviews.

Congratulations to Dexcom and its Warriors. 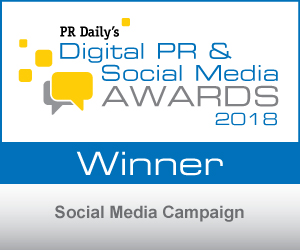