The videos are delivered with a degree of snark combined with great videography and graphics, which leads individual videos to earn millions of views and a healthy volume of positive comments. Two of those videos feature actor Zac Efron and his brother Dylan. In the first, the pair are subjected to an interview with the organization’s 93-year-young chair, Gert Boyle, in which they seek to win Boyle’s approval to appear in a “Tested Tough” video. The second chronicles the brothers’ experience in Glacier National Park, where they tested Columbia’s Fall 2017 product line.

Celebrity content is an easy way for organizations to get a lot of views with mediocre content, but that’s far from the case here. The videos were conceived with both unified and independent strategies. The interview video, for example, was previewed for reporters two days before its release at Camp Columbia, one of the organization’s media weekend experiences; the coverage propelled viewership and built anticipation of the second, longer-form video.

Columbia tailored the content to resonate on each of its social media platforms, all designed to drive traffic back to YouTube, where the “Tested Tough” video has been seen more than 2.4 million times. Media coverage of the Efron videos included People.com, EOnline, Refinery20.com, SELF.com and more.

Congratulations to everyone on Columbia’s PR, Social Media, and Digital Content teams. 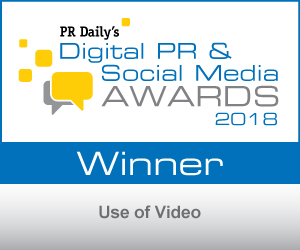