Mark’s, the Canadian retailer, sought to increase the number of followers to its Instagram account while increasing brand loyalty and awareness. For combining an influencer campaign with a contest, Mark’s has won first place in the “Best Contest or Game” category of PR Daily’s 2019 Digital Marketing & Social Media Awards.

With the holidays approaching, the company opted to introduce 12 Days of Giveaways, partnering with a dozen Canadian influencers to give away a variety of Mark’s products. The posts displaying the item up for grabs were cross-posted on the Mark’s Instagram account (in addition to the influencer’s) to drive the greatest possible exposure and engagement.

The giveaway items contained a mix of private label brands exclusive to the retailer along with more broadly known brands, like Levi’s and Timberland. Each influencer created unique content for the item he or she was promoting; the influencers spoke about the product they were wearing and tagged @markscanada in the photo and caption, but otherwise didn’t invite people to enter to win. Instead, anyone who liked the influencer’s photo on Mark’s page and followed the Instagram account was entered for the drawing.

The unique approach paid off with a 31.3% increase in Instagram followers, the largest bump Mark’s has ever achieved from a contest. Between influencer posts and their appearance on the Mark’s account, the campaign achieved more than 71,000 likes and more than 20,000 comments. In addition to achieving the goals established for the campaign, Mark’s solidified its relationships with its existing influencers and formed some new ones. The campaign was so successful, the company is looking to repeat its success during the 2019 holidays. 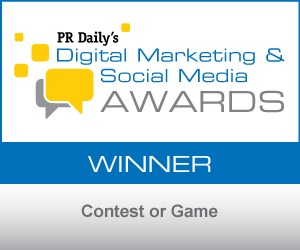