It’s not hard for the No. 1 ranked hospital in the nation (according to the annual ranking by U.S. News and World Report) to recruit top talent, but convincing people to live in Rochester, Minnesota, Scottsdale, Arizona or Jacksonville, Florida—Mayo’s three locations—can add a dimension of uncertainty to the hospital’s recruiting efforts. The campaign to address that has won first place in the “Employee Engagement and Recruitment” category of PR Daily’s 2019 Digital Marketing & Social Media Awards.

To raise interest in working for the Mayo Clinic among top talent, its agency J. Walter Thompson INSIDE recognized that the employer brand positioning of “Life-Changing Careers,” while strong, needed context and compassion. Working in partnership with the hospital, INSIDE developed a content strategy to build meaning and context beyond the catchy phrase.

The team employed an extensive social media strategy to tell stories on Facebook and LinkedIn that would compel those in the target audience to engage with the content. The strategy introduced seven content themes, some of which included before-and-after stories showcasing the positive impact a career with Mayo Clinic had on an employee.

The content also shared the stories of employees who had achieved work-life balance and spotlighted the innovations and research for which the clinic is known. The posts also looked ahead to future plans and strategic initiatives, expansions and partnerships.

The organization’s culture was a core element of each post, adding an important dimension to the notion of having a life-changing career. 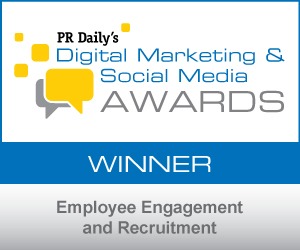