With Instagram increasingly dominating the social media space for young consumers 14-29 years old, it was a no-brainer for McDonald’s Germany to turn to the social media channel to intensify interaction with this important audience. The program it developed was ambitious, to say the least: For an entire year, share reasons to engage with McDonald’s every day. The campaign, “365 Reasons for McDonald’s,” has won first place in the “Instagram” category of PR Daily’s 2019 Digital Marketing & Social Media Awards.

The campaign sought to expand the number of Instagram followers and generate community feedback, building the McDonald’s brand image in Germany. To ensure diversity in the posts, the team identified five themes: innovative features (such as the fast food chain’s app and its delivery service), trust (product quality and its commitment to the community, for example), brand events, promotions and news.

The team met weekly with agency representatives to review ideas and add those that rose to the top of the conversation into the campaign. The posts were crafted to be playful while informing, entertaining, and inspiring the audience. For example, the delivery service was touted with: “Because you just realized that you forgot to do the shopping yesterday.” Individual “highlight reasons” were posted on other social media channels, along with more traditional media (such as print and in movie theaters).

The campaign’s reach exceeded 380 million, driving 16.6 million interactions. Within a year, the Instagram account’s followers grew from less than 10,000 to 121,000, and the brand image among Instagram followers was 19% higher than among those who hadn’t followed the campaign.

Congratulations to the McDonald’s Deutschland team. 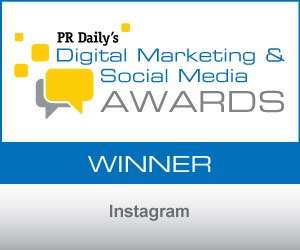