Infrastructure company Ferrovial worked with a number of NGOs to restore an aqueduct in Colombia, a project that normally might merit only a press release. The story behind the project, however, was as dramatic as they get. To tell the story, the company opted to work with Colombian comic artists to create a graphic novel, an innovation that has earned Ferrovial first place in the “Microsite or Custom Website” category of Ragan’s 2019 Digital & Social Media Awards.

In one of the worst massacres in the violent history of the country, 66 people in the town of El Salado were murdered. The surviving residents fled to places like Bogota, Cartagena and Sincelejo. Two years later, 200 families made the decision to return and reclaim their land and their lives. Ferrovial and local NGOs not only rebuilt the aqueduct but created an organizational structure for upkeep and development.

The graphic novel—digitized brilliantly on the microsite—begins with the mythology of the Zenú, the first inhabitants of the region, and their spiritual connection to water. As for the stories of the members of the displaced community’s return to its land, the artists took inspiration from the works of masters like Colombia’s own Gabriel García Marquez.

The website was designed to combine the comic’s story with real-life testimonials, offering both the fictionalized version of the comic with realistic, human stories about the events that occurred in El Salado. The site is infused with interactive elements on every page that include ambient noise from an El Salado street to an interactive map of the area, along with video interviews and photos of the people who inspired the story. 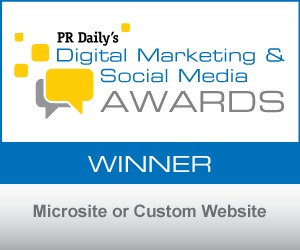