Novo Nordisk is a pharmaceutical company known best for its diabetes products. In the U.S. alone, nearly 30 million Americans have Type 2 diabetes (T2D), but Novo Nordisk recognized that about half fail to achieve their treatment goals. For its work in reaching and engaging this audience, Novo Nordisk has won first prize in the “Multichannel Campaign” category of PR Daily’s 2019 Digital Marketing & Social Media Awards.

The failures result from the overwhelming nature of treatment, which involves a lifetime of monitoring, food choices, exercise, assessments and (for many) medications. Patients are typically stressed, overwhelmed and in need of support. Research found they also feel misunderstood, trivialized and implicitly judged.

Market research identified the channels most frequently used by the target audience, finding them to be heavy consumers of both TV and social media, especially Facebook. To reach them in both places, Novo Nordisk enlisted Anthony Anderson, the star of the hit TV series “black-ish” and a T2D patient himself. In addition to Anderson serving as a spokesperson sharing his real-life experiences and creating empathy for the audience, the company orchestrated a first-of-its-kind T2D diagnosis into the storyline of Anderson’s series.

Dubbing the campaign “Get Real About Diabetes,” Novo Nordisk used its platforms to deliver educational and motivational content, humor and straight talk to resonate with audiences. The campaign launched on World Diabetes Day, when interest and receptivity to information about diabetes is at its peak. Paid media helped drive the conversation on Facebook while a media campaign delivered earned media results.

A sentiment analysis performed on one of the campaign’s content items found nearly a third of people who commented on the video acknowledged or committed to changing their behavior and taking back control of their Type 2 diabetes. On top of impressive social media results (including 9.9 million views of video content and 1.2 million unique engagements) and a 40% open rate for its welcome email, these results demonstrate the reason to offer congratulations to the team from Novo Nordisk. 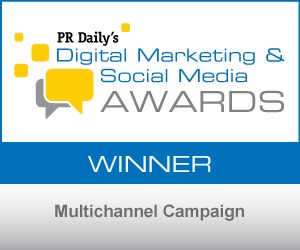