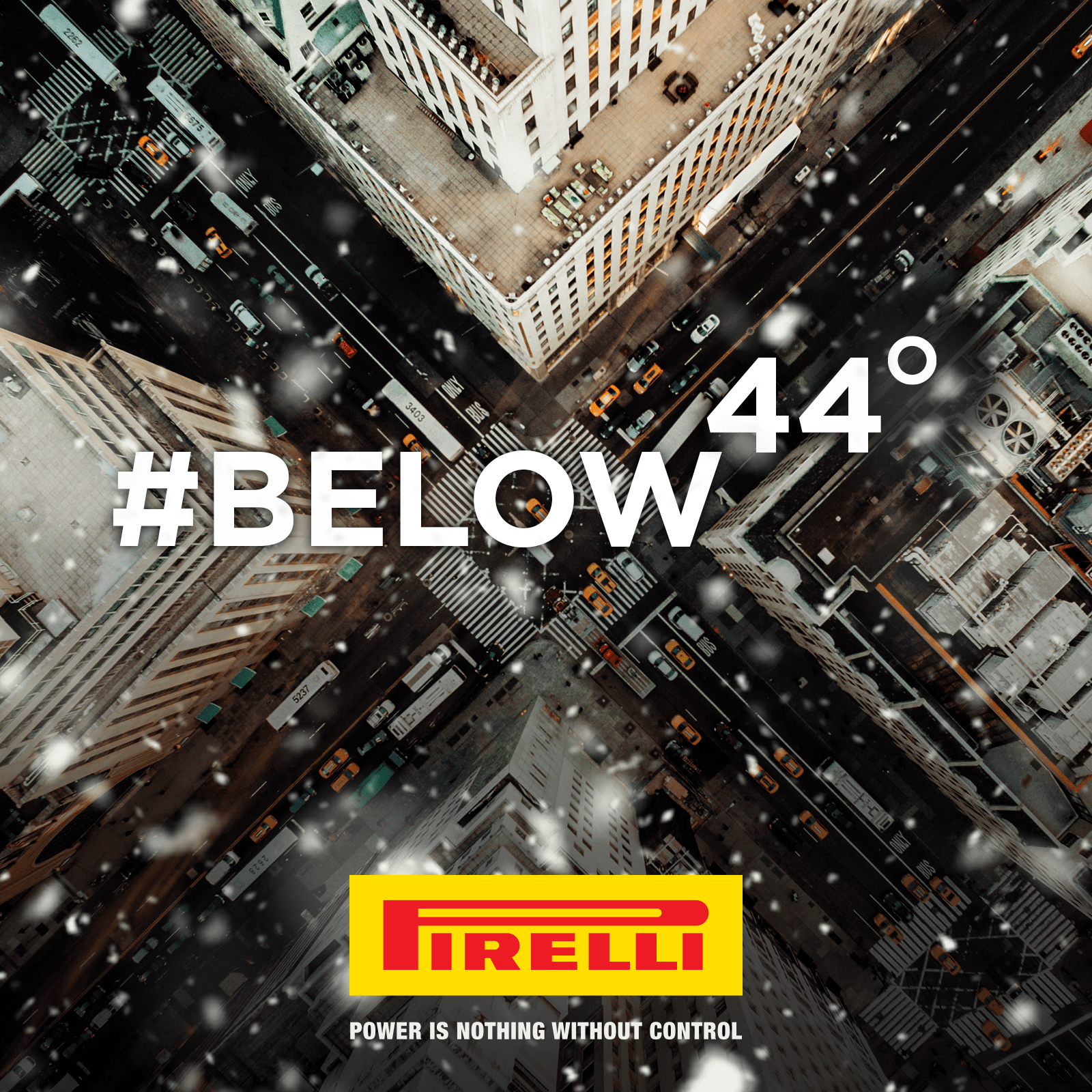 Peppercomm and Pirelli Tires had a simple goal: Educate the public on the need to use winter tires on a vehicle whenever the temperature drops below 44 degrees. Peppercomm developed a campaign that would go on to land top-tier coverage in outlets like The Washington Post and the Associated Press.

To get this coverage, Peppercomm devised a program that played on the “44 degree” threshold for cold weather tires: a fully-integrated campaign that would last for 44 days until it ended on the Winter Solstice. Throughout the effort, Pirelli Tires would share facts about winter weather tire care and driving in cold weather and a Pro Guide was pitched to media outlets that focused on myth-busting misconceptions about winter tire use.

The campaign was also supported by social media content crafted by Peppercomm and shared on Pirelli Tires’ social media channels and a special event with sportscar makers Pagani at Grand Central Station in New York City.

The results? A media hit with the Associated Press that was syndicated to 148 outlets including The Washington Post, placements in other outlets like Popular Science and AutoWeek for a total of 176 articles reaching more than 211 million unique visitors, and 74,000 social media impressions.