Some videos have impressive images and noble aims, but no concrete goals. That’s not the case with “Contract 2012 | Leading Forward” from the Southwest Airlines Pilots’ Association. Its impact was so effective that it’s won first place in the “Event” category of PR Daily’s 2016 Video Awards.

The video features two informational picketing events designed to pressure Southwest Airlines into giving pilots a fair contract after flying without a contract for four years.

The video itself is dramatic, compelling and highly professional. Sharing it on Facebook led to 56,000 people seeing it, which attracted 3,600 likes and 1,600 comments. Through all channels, the video was seen nearly 90,000 times.

But what really stands out is the fact that the video led to an agreement between the union and Southwest on a tentative new contract—clear proof that an effective video can produce dramatic results. 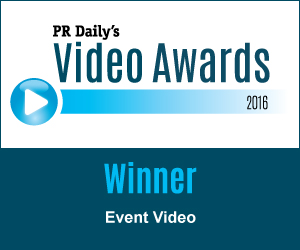