For an insurance organization like Liberty Mutual to earn more than 5 million views, 2,352 shares, 5,400 reactions, and tons of comments for a Facebook video takes some doing. The video, designed to raise millennials’ awareness of the insurance organization’s roadside service offering, is so impressive that it’s won first place in the “Mobile Video” category of PR Daily’s 2016 Video Awards.

The video tells the tale of a young woman whose car breaks down in a remote area. With text and graphic overlays of the video, viewers are able to see different outcomes by sliding their fingers across the screen to control their view of the action.

The scriptwriting and video shoot were unusually complex, given the need to stitch together four different worlds. One world suggests getting comfortable and waiting. Another has the driver wandering into the woods. The right answer, of course, is to call Liberty Mutual’s 24-Hour Roadside Assistance.

Pulling the video off meant partnering with Facebook, with which Liberty Mutual already had a relationship, as well as with Ridley Scott Productions. It also required a reimagining of how videos are shot: The final product not only employed a choose-your-own-adventure approach, but also took advantage of Facebook’s new 360-degree video capabilities.

The reimagining was required because most 360-degree videos simply show you what’s going on all around; they don’t convey a story. The innovation was to divide the 360 degrees into four quadrants in which different actions took place simultaneously in each section. 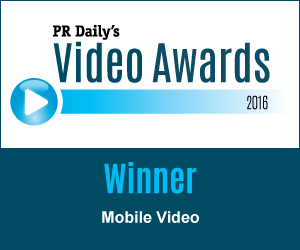