The mandate from University Medical Center New Orleans was clear: Establish this new hospital as a state-of-the-art facility and position it as a leading-edge health care destination for the region. The effectiveness of its campaign has won marketing firm DEVENEY first place in the “TV Ad Campaign” category of PR Daily’s 2016 Video Awards.

DEVENEY team members interviewed doctors, residents and employees from across the organization to better understand the legacy of the hospital’s predecessor, Charity Hospital, and learn what the new hospital represents for patient care in the region. The branding process led to a vision, a positioning statement and a personality that marketing efforts would ascribe to the new facility.

For the TV campaign, the team set clear, measurable goals, including reaching 90 percent of its target audience. It launched the brand statement, “The Future of Healthcare is Here,” with “Healing, Teaching, Discovering” as a secondary, complementary tagline.

The forward-looking approach was intended to focus on the future rather than looking back at the facility’s past as Charity Hospital, a beloved legacy. The video shoots involved hundreds of actual LSU and Tulane doctors, nurses and medical students in addition to some paid extras.

The solid, polished commercials exceeded the team’s goals. A total of 1,592 spots run over nine weeks reached 99 percent of all women in New Orleans age 25-54 an average of a whopping 33.8 times. Awareness of the hospital’s opening also prompted some 50 unscheduled walk-ins during the Emergency Department’s first six hours of operation. It also attracted thousands of new patients, requiring the hospital to speed up its hiring plan to accommodate the surge. 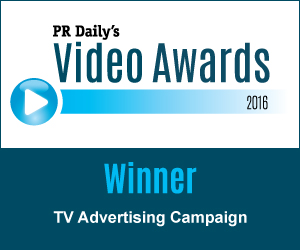