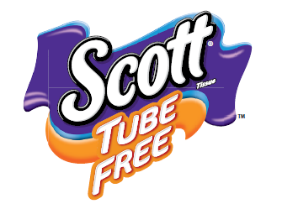 Americans go through an astounding 66,000 tubes of toilet paper every two minutes, nearly all of which find their way into landfills. To raise awareness of the environmental impact of toilet paper tubes while also introducing Scott Brand’s Tube-Free toilet paper, PR agency Ketchum created a special video for Kimberly-Clark—one that’s taken first place in the “Celebrity of Personality” category of PR Daily’s 2016 Video Awards.

YouTube prankster and star Roman Atwood  (who has 10 million followers on his YouTube channel) used 66,000 toilet paper tubes to create a faux garage door and then crashed through it, recording the reactions of unsuspecting passengers along for the ride.

Three additional videos followed, with Atwood surprising friends and family by filling everyday items with toilet paper tubes: He filled his refrigerator 3,845 tubes, the number a typical person uses in a lifetime; an unsuspecting friend’s car got stuffed with 17,401, the amount a family of four would use in a lifetime; and he filled an empty swimming pool with 45,000 tubes, the number Atwood’s home state of Ohio uses every 30 seconds.

The campaign blew its goals away to become the most talked-about effort in the product’s history, getting 66 percent more minutes watched than Atwood’s typical main channel videos, along with 31 percent more video views and a whopping 548 percent more shares. Ketchum estimates the ROI of the effort at an impressive $8.03.

The video count for the garage-door video alone stands at more than 14 million, while overall the campaign earned 1.5 million social engagements over the three-month life of the program.

Congratulations to the team at Ketchum for an outstanding video! 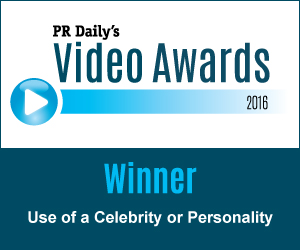