Hill+Knowlton Strategies’ assignment was straightforward: Introduce the Invictus Games, first held in Great Britain, to the United States. The success of the campaign has earned H+K first place in the “Social Impact Design” category of PR Daily’s 2016 Visual and Infographics Awards.

The first Invictus Games were held in London in 2014, established by HRH Prince Harry as an international sports competition designed to inspire recovery and support rehabilitation among women and men in uniform.

The Games came to Orlando, Florida in 2016 with multiple goals for H+K: Raise awareness and support of the Games among the general public; inspire wounded, ill, and injured service members and their families in their recovery journey; and, of course, sell tickets to the Games.

H+K presented the Games as an elite competition between brave service members, focusing attention on the ability of participants rather than on their disabilities. It served up images of strong competitors participating in a variety of sports, deployed across owned social media channels and boosted on Facebook and Instagram.

The team also told the tale of the poem from which the Invictus Games got its name, and ensured that the warrior-athletes got a hero’s welcome in Orlando.

The campaign, rooted in the images of its athletes, generated more than 15,000 Facebook shares and 3,500 comments, along with more than 10,000 Twitter retweets and 10 million-plus TV views. The campaign also inspired 65 competitors to sign up for the 2017 Games (in Toronto), while the Orlando event drew 55,000 fans over the five days of competition.
Kudos to H+K Strategies’ Marc Makle, Jr. and Jessica Buckholtz. 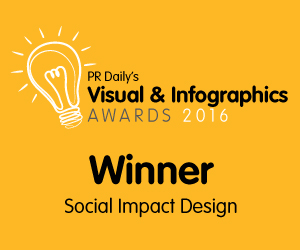